Axinia Dzurova is a Bulgarian philologist and art historian, born 1942 in Sofia. As her father was an army general and guerrilla fighter (who later became the minister of defence from 1962 to 1990), the family was frequently moving, hiding and even arrested for a short time in 1944. Nevertheless, her favourite place of that period was Sliven – “a town full of all kinds of ethnicities and religions”. Thanks to her unsteady childhood Dzurova also learned to adapt to different situations easily, which often helped her later on in life.

Dzurova first did a degree in Bulgarian Philology at the University of Sofia. But since she has always been fascinated by byzantine churches, she did a second degree in Art History and Theory at the Philosophical Faculty in Moscow, where she had the opportunity to study the originals of Russian avant-garde art. To specialize she went to the University of Belgrade in 1972, which she remembers as a vibrant cultural centre at that time.

Dzurova can look back to a long and versatile academic career. She made films about Bulgarian artists and wrote several books about byzantine art. She was teaching in Jerusalem, Paris and Yale and she spent much time in the Vatican, researching and creating the first inventory of Slavonic manuscripts. Dzurova became the vice-rector of Sofia University in 1986 and a Doctor Honoris Causa at the University of Soka. She is a foreign member of the Serbian Academy of Sciences and Arts. She is also one of the founders of the Class of Slavonic Studies in Accademia Ambrosiana. Dzurova was married to Georgi Hristov, a professional gymnast and professor of sports management, with whom she has a daughter.

In the conversation with Petya Burneva she explains the role of Bulgaria for the cultural history of Europe since the ninth century, the role of the catholic church for Europe today and her personal encounter with pope John Paul II. in 1979. Furthermore, she talks about three people, who significantly shaped her life: the philosopher Umberto Eco, who supported her when she was banned from teaching at university for a few years; the author Milorad Pavić, who became a friend of the family and last but not least, philosopher Daisaku Ikeda, with whom she had a 17-year long conversation resulting in the book The Beauty of a Lion’s  Heart published in 1999.

Axinia Dzurova was interviewed by Petya Burneva, who is a PhD student at the Department of Business Studies at Uppsala University in Sweden. She is originally from Bulgaria and has lived in Germany as an exchange student as well as in Brussels as a trainee for the European Commission.

I was basically born to doubt everything. I can’t just take things as a priori. You can’t just tell me “it’s like this” and expect me to accept it. Luckily, my mother had the same attitude. I have heard my parents argue about something that I didn’t understand at the time. My mother did not like the idea of revolution, although she had joined the trade union movement and the labour movement much earlier than my father did. And yet she thought revolution was a process that razes everything to the ground, and you have to start over from scratch. She did know that there would always be such revolutionary processes, but she would rather have continuity, some sort of cohesion between the past, the present and the future. When I was a little girl, I couldn’t understand what she was saying, what she and my Dad were arguing about. Now I can see how wise she had been – and how right.

I have often been asked how come my father is a military and I am a Medieval art scholar. I will never forget the first time I entered the Alexander Nevsky cathedral [St Alexander Nevsky, the cathedral church of the Bulgarian patriarch]. I was four years old. I must say that I was not simply lost for words, I was not only enthralled for life – for me it was a piece of the artistry of this world. The mysticism! The magic! Besides, after that I ran away from home a couple of times and whenever my parents called the police, they found me inside the cathedral as we used to live nearby. I was just really enamoured of that world, it was so different from everything else. I was also lucky to meet my father’s classmates [from the Seminary] at various churches and monasteries. Dad and father Maxim, His Holiness Patriarch Maxim [Maxim I, Bulgarian Patriarch and Mitropolite of Sofia from 1971 to 2016] came from the same part of the country so we saw him quite often. I was really enchanted by all of this. I believe any person’s faith is worthy of respect. And I consider this to be my turning point.

On the future of Europe

Europe has always been made up of different ethnicities and different confessions. What is happening now is not unprecedented. They’ve been trying to do something in Europe without taking into account the adaptive capacities of the people living here. Europe is still trying to create a community on the basis of ethnicity, which is not the best option. It’s not like in America, where people are unified by their ideological identity. Ethnicity continues to be something very important here. This is what Merkel, for example, was trying to say, and she did say it out loud, but the consequences were dire: we have to accept those refugees, it is our duty to accept them.

Europe is currently dominated by Christianity. I can’t say what the future will bring. This is the role of Europe – to find a way to make these people part of its great idea, which is not simply the free movement of capital. This is not what Europe without borders is about. The idea of the European community has  also a certain cultural aura, which is like a colourful mosaic of ethnicities, confessions and cultures. These are all going to be mixed together, as they have been repeatedly mixed in the history of Europe.

In this line of thought I believe, for example, that Europe cannot become a community if this terrible disparity between the extremely rich and the extremely poor is not addressed.

I am an optimist in this respect because I believe that the new generations that are coming, those of our grandchildren, are no longer bothered by the same problems that have been bothering us. These children live in a world very different from ours, there is no past, future and present for them, everything is blended together. They don’t need the idea of the time machine as we did in order to go backwards and forwards. They also don’t make a big difference between life and death. They speak about the universe. There’s one of my grandchildren, for example, a 12-year-old currently writing a film script about the end of the Universe and its restart, how the planet is going to restart, can you imagine? He’s also writing the soundtrack to that film. These are children who care about that sort of thing.

To cast bridges between the generations, the bridges of memory. It’s not by accident that I have spent the last 10 years working on a 7-volume book series, The Disappearing Memory. Encounters Along the Road, without wondering whether people will need it or not. It is, quite simply, my interpretation of the times. It’s a history of my era, of the people I met – those who have left a mark on me.  Because, after all, life is not what you experienced but what you remember about it, about the people you met – regardless of who they were, whether they were great or small. Anyone can have played a role in your life.

Maybe I’m just too naïve or too much of an optimist to hope that sooner or later [the next generations] will need to get a glimpse of our world, too. I think those who didn’t live in my time will understand what I’m telling them: „Be yourself and fight for your freedom!“. 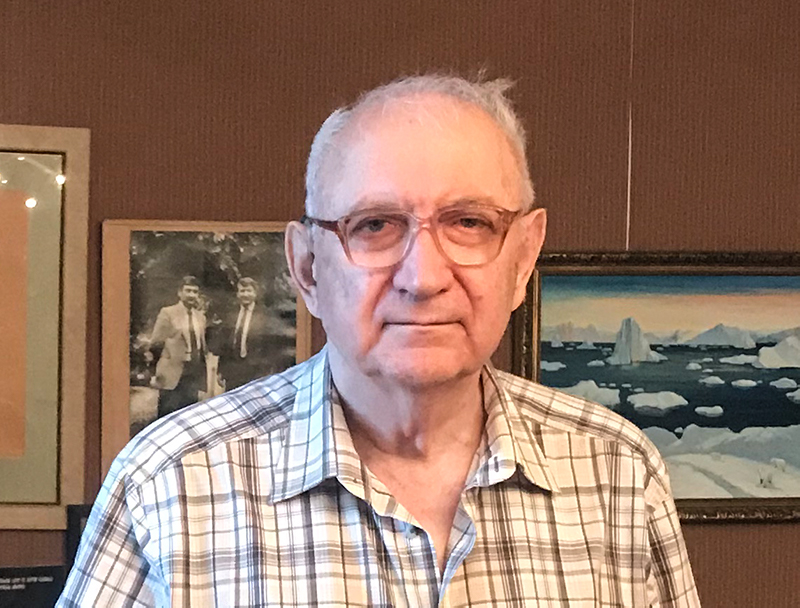 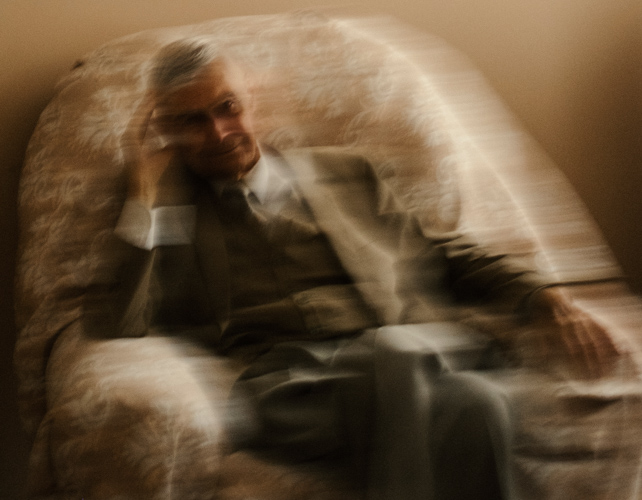