Cees Nooteboom is a Dutch poet, novelist and travel-writer born in 1933 in The Hague. Nooteboom also speaks German, French, Spanish, and Italian, and his works have been translated into several languages – 26 titles in French alone. He moved a lot as a child, and ended up as a boarder at an Augustinian monastery school, which made him into “a weird and unruly little fellow”. Nooteboom never finished grammar school and first started working as a bank clerk. Nooteboom is a nomad at heart, spending his time between Netherlands, Spain and Germany. Widely known for his travel-writing, he first started travelling by hitchhiking through Western Europe. Nooteboom’s first novel “Philip and the others” was published in 1954 and launched his career as a professional writer. Nooteboom has received numerous literary awards and honours across Europe, including the French Légion d’Honneur, the Austrian State Prize for European Literature, the German Goethe Prize, the Spanish Prix Formentor, and an Honorary Doctorate from the University College London.

In this wide-ranging conversation with Evelien Roels, Nooteboom talks about current European politics in an ever more complex world, as well as the more lighter side of his European biography: How hitch-hiking with truck drivers helped him learn French, what book tours taught him about different European nationalities, or the awkward moment  when he tried to thank Mitterrand for receiving the Légion d’Honneur.

Cees Nooteboom was interviewed by Evelien Roels, PhD student in Ancient History at Heidelberg University and researcher for the local government in the Netherlands.

I still remember my first time [abroad]. That was when I went to Belgium by bicycle, and first started to think about what a border actually is. I found that so very peculiar: here’s a field, let’s say, and there is another field, but then there is this border in between. In the first town I came to, the newspaper was a different newspaper from the one at home, even though Belgium is not even very different, because it is still in Dutch, but the king is a different king. That much already dawned on me, and a completely different way of being, a different kind of people.

I learned French by hitchhiking with truck drivers. That always worked out in France back then, without those big autoroutes [“motorways”], hitchhiking was much more feasible. Nowadays it’s really sad with the autoroute, people standing at those intersections or at those stations; really, we just used to stand along streets and roads, in France there were still so many simple highways. It was always about where they [i.e. the truck drivers] were going to eat, and that taught me why that [i.e. eating] is so important to the French.

Nooteboom: So in recent years, I went to Peru, Colombia, Argentina, Chile. I just go along with the others there, and also speak in Spanish, all thanks to those hitchhiking years long ago. That’s also what I tried to tell students then. Look, of course, most people have to finish their studies. But that’s exactly it: I didn’t. What fascinated or fascinates me when I think of the Netherlands, but that’s only the Dutch context: look at Hugo Claus, in Belgium, Harry Mulisch, Remco Campert. None of them studied. Now we are suddenly dealing with critics who all studied Dutch or whatever, literature – I always smell that.

Roels: The snobbery, you mean?

Nooteboom: No, no, no, I don’t think that’s snobbery. They’re just like, well, almost a different species, who didn’t have to discover all that for themselves. It was imposed on them. There is less freedom in their internal make-up.

Perceptions of the future

Roels: So can you still remember that when you were 30, for example, the world also felt complicated?

Nooteboom: That’s what I often wonder, because that’s a very normal question. I often find it scary now. When did it use to be so scary, before? That makes me think about the age of the atomic bomb, for example, when we were really afraid of that. By now we have gradually become used to the fact that it is not being dropped. That’s not to say it will never be. But the fear that used to be part of that, back then, I don’t have it any more, at least, personally. Maybe because of getting older and thinking: whatever. [laughs].

I’m sitting here as if I know everything, but I don’t know anything, really. I’ve often had that with political discussions. People ask me, „Ja, und Sie?“ [“So, what do you think?”], and I always say: Listen, you want to know what I think about all this, but I am not Jesus in the temple. I am a writer, I write novels and I write poems. That doesn’t mean I know a bit more than the audience, economically speaking, for example, or about Europe. 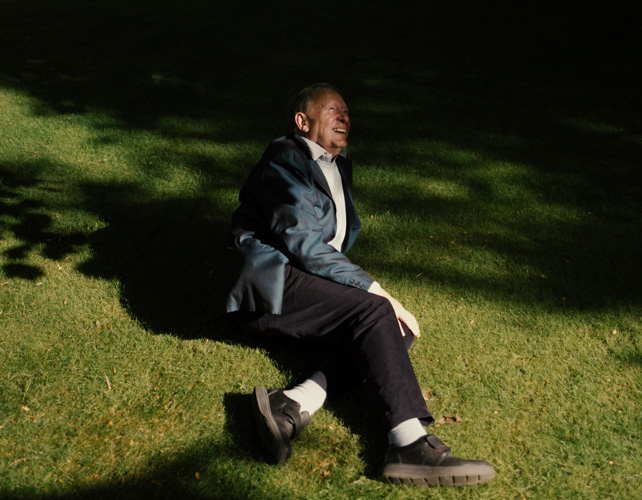 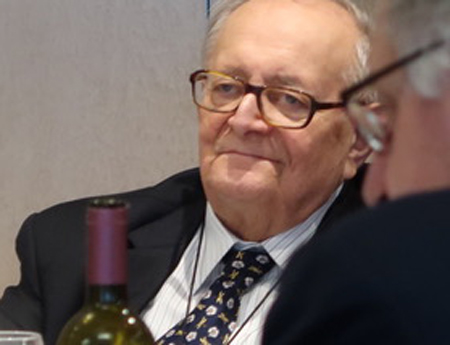