Lidia Falcón O’Neill is one of Spain’s most prominent feminist activist, as well as a politician and writer. She was born in 1935, not long before the Spanish Civil War.

She holds a degree in Performing Arts and a doctorate in Philosophy as well as being a qualified lawyer. She was originally drawn to theatre, her father Cesar Falcón a famous communist leader in Spain who created a theatre company called Teatro Proletario, and so she first studied dramatic arts and later journalism and law. During the 1960’s, she practiced law, defending both political prisoners, unionists, and women in divorce cases.

She was a member of the Unified Socialist Party of Catalonia (PSUC) under the Franco dictatorship. As a result she suffered persecution and torture for her political ideas and was imprisoned for several months in the 1970’s for her political demands. In 1976, following the end of the Franco regime, Falcón created the Feminist Collective of Barcelona, and in 1977, founded the Revolutionary Feminist Organization, from which the Feminist Party of Spain was formed.

Falcón has written some forty books, including Woman and Political Power, and The New Myths of Feminism, and is also the founder of the magazines “Vindicación Feminista” and “Poder y Libertad”.

She has received several awards and honours in recognition of her professional and activist career. In October 2014 he signed a manifesto against the independence of Catalonia.

In this interview with Belén Matesanz, Falcón  talks about her childhood during the Spanish Civil War, the importance of feminist movements and the rise of fascism in Europe, and her reservations against the EU as a neo-liberal project.

Lidia Falcón was interviewed by Belén Matesanz, who studied English Studies in Madrid and Bristol, and is currently pursuing a MA degree in Communication, translation and literature in Madrid and Warsaw.

On her childhood in the Spanish Civil War

My childhood is that of the Spanish Civil War […] cannot be said to have been safe. I was happy because my family environment was one with very educated and supportive members, and we were very solid in our political ideology. When the Civil War ended, we were in exile in Barcelona. There were only 6 women left in the family since the men had been shot, my father had fled into exile, and my grandfather had died. There was no safety, we were in the midst of Franco’s regime, at the dawn of the commencement of the Second World War; it was going to break out in a few months and fascism was reigning, all over Europe. Therefore, our situation was hard, one of the worst childhoods possible. Later on, other kind of infancies have come. I wrote a poem about it.

Films and art. Art was under a different legislation, right? Films… there was no television. Can you imagine a world without television? Cinema was banned, so naturally no one could watch anything. We could access books thanks to the personal library of my family, and due to the special circumstance that my mother worked in the Ministry of Information and Tourism, in the delegation located in Barcelona. In this place the Falange (Spanish fascist party founded in 1934) brought the books they were taking away. I am looking at some of them right now; books that were key to my instruction. These circumstances made me a completely different being compared to many of my schoolmates, and from the ladies that were educated under fascist rule. With us a little bit of hope remained alive. We were writers and artists, and of course, all of us were republicans. Some of us had to flee into exile, those who were communist had to be especially careful. We were established in Barcelona. I attended some social gatherings despite being only a child and later a teenager. I went there because I strived for knowledge. I wanted to learn. This is something I don’t see in children at that age nowadays.

On going to the inner exile

We were in what is called… There is a Spanish writer, let’s see if I can remember his name, who wrote a book called “The Inner Exile” . You may have heard of it. There were two exiles: the external one we already know, and the one we suffered while being trapped in the horrible fascist trap Spain was at the time. We needed to be very careful, indeed. We have always needed to be really careful. I say it in plural because I include my cousins, the daughters of my mother’s sister. We were really wary about what we could say and to whom. However, at some point we found some people we could share our thoughts with, or even people that had had similar experiences to us. At that moment, I am referring to my childhood and adolescence, the trade unionists, political leaders, writers and many workers were either in jail or had fled to exile, if they had not been killed, of course.

On the development of feminism

Feminism in Spain suffers one of the worst lacks, along with other countries, but I am most familiar with Spain: it lacks political awareness. In Italy, the feminist groups follow the same line of thought. I have just returned from Italy a few months ago. Feminist activists are organised in societies. There are myriads of societies, and some of them are really small, only including very few women. They considered themselves non-party and apolitical organisations, and their activity consists in the development of cultural activities, conferences, painting exhibitions, music festivals, contests, and feminist cinema. On the other hand, they do social work: assisting abused women and they work in favour of abortion. They are confined there and have no political influence. The ones that govern the country, from the city halls, the provincial council, and autonomous region or from the parliament are the political parties. That’s why I am in charge of the Feminist Party.

On the Civil war and its implications for the future

I think we have been decisive. However, the most self-sacrificing generation, and the one who has been involved in more fights, and had the strongest influence is the one of my parents. They constitute the generation that was involved in all the wars. But us, the daughters, we are important too. First, talking about Spain but the same can be applied to the rest of Europe, we maintained the ideals inherited from the previous generation, this is something I don’t see in young people nowadays. We faithfully kept them, the majority, and the majority that were socially aware, the Spanish population was socially aware. Spain is the only country that rebelled against fascism. In Germany they voted for Hitler, in Italy they endured fascism for 30 years, with really small resistant strongholds. The Spanish Civil War is the only one that involved the whole population, the vast majority of the civilians were involved, and half of the military force, that made it possible and we lost due to the participation of Germany and Italy. We received 54 countries here, the international brigades because they knew, as I have said before, that the future of the world was being disputed here. Therefore, our generation, the majority, kept these ideals and that’s how we built the country. You should also keep in mind that when the Civil War ended, there were 20 million inhabitants in Spain. 20 years later there were 40 million. All of them were brought to the world by women, right? 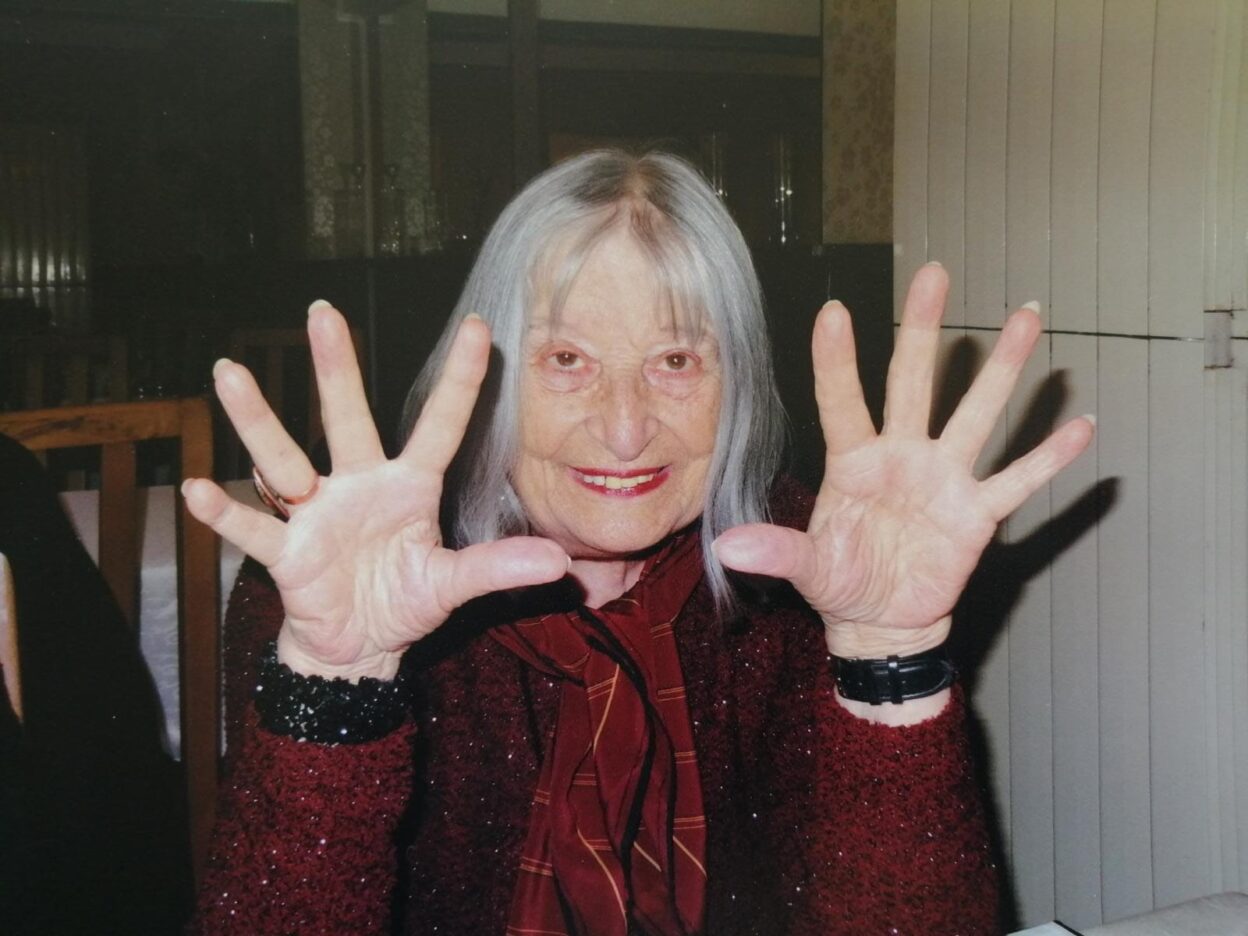 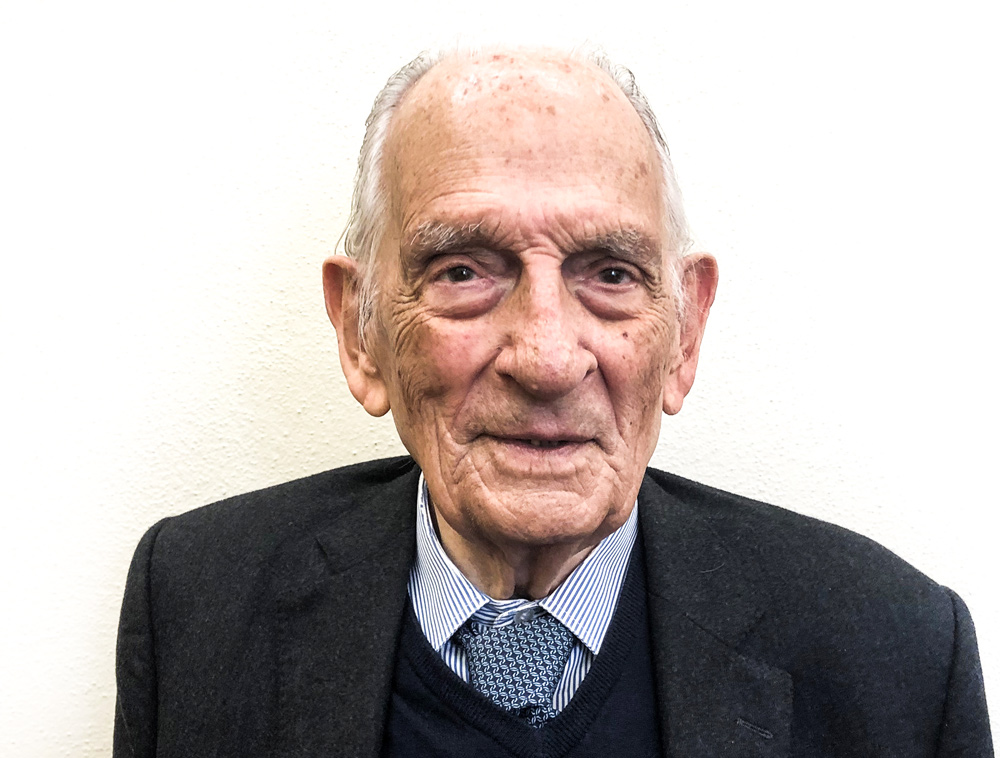