Ludmila Ulitskaya is a Russian writer, screenwriter and translator, born 1943 in Davlekanovo, where her parents were evacuated to. Soon the family returned to Moscow, where Ulitskaya lived ever since. As a child she often was bored at school, but fascinated by the biochemical laboratory her mother worked in. That’s why she studied biology and afterwards worked for two years as a research assistant at the Institute of General Genetics – these experiences resulted in the novel „Kukotsky’s Enigma” – until she was dismissed for illegally copying and distributing samizdat literature (russ.: “self-publishing”). In the following years, she not only had two children, but also started writing. In 1979 she was hired as a literary director in the Jewish drama theatre, which still surprises her today. Having a friend working as a translator in Paris, her first book was published in France in 1993. Several novels and short stories followed, which she preferred to write abroad, during scholarships in Germany or in her small apartment in Italy. Among others, Ulitskaya is a winner of the Russian Booker prize, an Officer of France’s Legion of Honour and winner of the Austrian State Prize for European Literature for bringing together the Russian and Jewish narrative tradition with modern narrative art.

The conversation with Nikita Velichko took place after a book presentation in St. Petersburg. Ulitskaya explains why she dislikes authority in general, how she deals with politics today and why Moscow has never been part of Europe in her eyes. Moreover, she talks about her many trips and special relationship to America and France and last but not least why everyone should write diaries.

Ludmila Ulitskaya was interviewed by Nikita Velichko, who works as a journalist and translator.

I’m a girl who grew up in the backyard. In those days, the yard was the first children’s society. Nowadays there are no yards left, children don’t grow up there anymore. But that’s where we grew up. We grew up playing lapta, nozhichki [Russian outdoor game played with pocketknives] and similar stuff together. And it was quite a difficult socialisation — there were fights and [attempts at] self-empowerment. It was an interesting school of life.

Well, I’ve travelled to America a lot since the late 80s. My children lived and studied there for 10 years. Therefore, my first foreign experience was an American one. After all, there was a lot going on in New York. I didn’t live there, but I went pretty often. Of course, this was the time when […]. You know, such trips abroad, from the Soviet Union, at that time, in fact, didn’t give much knowledge about the country you’re going to. They provided much more knowledge about the country you left.

The difference between American and Russian lives was much more striking than my knowledge of American life. In the month — or the month and a half that I spent there — there’s very little one can learn. But at the same time, you perceive your life in a totally different way. So [speaking of impressions,] it is rather an antipode of a kind.

On Eastern and Western Europe

First of all, there was nothing in common. Poor miserable life, communal apartment. On one half of the table there was mom and dad’s thesis research, on the other half of the table there was a frying pan. One room. Everybody lived that way. European life, which doesn’t include any communal life, has much more respect to the human and human dignity. Sure thing, that is all conspicuous. Besides, I had quite a few other Christian friends who were very humble about the Soviet life.

The thing is that freedom is very personal. It means different things to different people. Besides that, freedom is perceived differently at different life stages. For a child walking around kindergarten freedom means climbing over the fence. That’s when it feels free. It manifests their freedom running away from their mother or grandmother to some more dangerous open space. That’s why now I feel like a free person. I don’t feel bound by anything. There is nothing in life that I would like to have, to do, to eat or to see — and I couldn’t because of the lack of freedom. No. I can do it these days. Perhaps I may not have enough money to go to Mexico for the premiere of the new play by a director acquaintance. It would cost a lot, and it’s a little tough. But I don’t feel like there are any restrictions to my freedom.

You see, the world is made in a planetary way. That’s the last important thing I’m going to tell you today. The thing is that young people of today — I am very fond of them — are willing to work wherever they are able to obtain the most interesting job. They know languages already, and they easily learn new ones. I see these modern young people everywhere. They come from Russia, and they can study anywhere. In the 19th century, dozens of people studied in Heidelberg, Marburg. There were some people who studied in England — in Oxford or Cambridge. There were dozens of them. And now quite a few Russian youngsters’ study in Western countries. They graduate as fully-fledged professionals who can work anywhere. And they choose either the most interesting job or the most high-paying. It depends on the trend as well as on personal values.

I think that the future belongs to those people. Those who come back to the home country in order to work and require some particular conditions. The creative conditions, conditions of freedom. And I think that today’s authority doesn’t contribute to those brilliant young people coming back here. When this changes, I think everything will work out for us. The amount of young people who don’t want to come back being well-trained professionals is really huge. I do like these people. When I see them, I think of them as of our future. 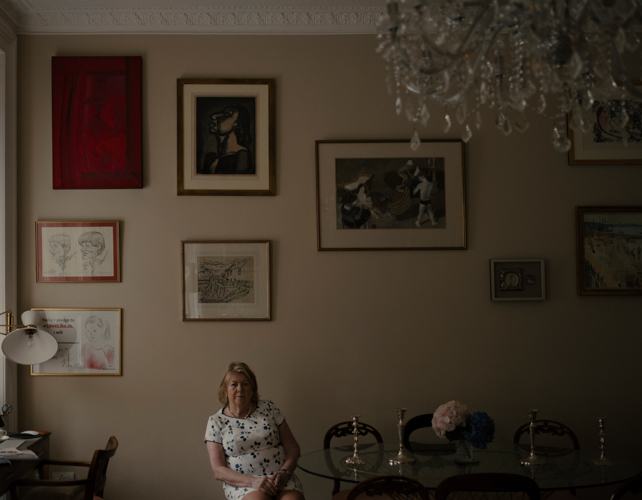 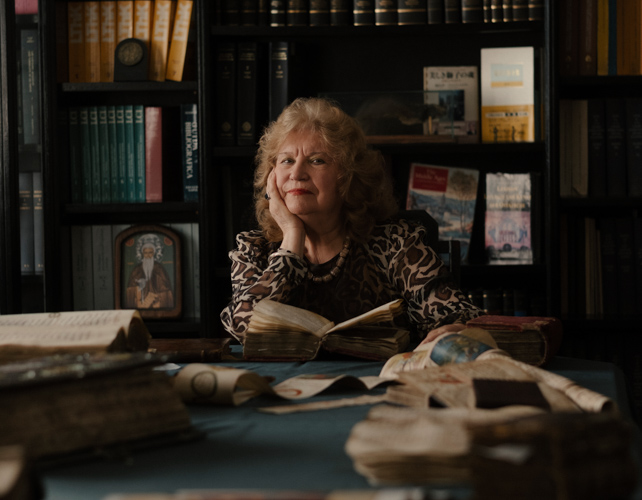