Nora Iuga is a poet, writer and translator born in Bucharest in 1931 as the daughter of a violinist and a ballerina. Due to her parents‘ extensive touring activities, she spent her childhood in different countries and grew up surrounded by both the Romanian and German language.

To escape the bombings and possible expulsions, the family fled Germany for Romania. This lack of feeling settled and at the same time a strong sense of belonging was to accompany Iuga throughout her life.

Her first formative experience with literature was at school, where she initially encountered the works of Romanian authors. Despite her father’s wish for her to study medicine and against her own passion to become an actress, she began studying German philology in Bucharest in 1948. Later she worked first as a primary school teacher in Germany, then as a journalist for German-language newspapers. Her creative period as a poet began with the publication of her first volume of Romanian poetry in 1968; since the late 1970s she has also been active as a translator of German literature into Romanian, including works by E.T.A. Hoffmann, Günter Grass, Elfriede Jelinek and Herta Müller.  Between 1971 and 1978, Iuga was banned by the communist censors from publishing fiction and poetry. Since then, she has published 15 collections of poems and seven books of prose.

Iuga has been awarded the Order of Merit of the Federal Republic of Germany, among other honours. She is a key figure not only in literature, but is also widely recognised for her contribution to fostering cultural exchange. As a significant mediator of German culture she has not only created a decisive influence on the reception of Germany in Romania but has also brought awareness to the Romanian reception of Europe.

This interview with the “Grand Dame” of Romanian literature ties in seamlessly with that endeavour: Iuga gives a moving account of her roots, moving between being uprooted and at the same time deeply connected to her homeland, thus bringing into focus the question of home and belonging. At the same time, she raises the question of personal freedom and political responsibility of each individual and puts it into a European context.

On patriotism and feeling home

It’s very strange, I have no feelings for the house I’m living in, although I had great moments with my husband, with whom I was very happy and who died young. I have a tremendous feeling when I travel by train from another place, from another country, and when I come return to my country. As I have never been able to define, I could not have given a definition of what it is, not even now I can’t; it’s called patriotism. I didn’t know what that feeling meant, and I didn’t feel like a great patriot. Now, when I hear on TV, that Romanians are like that and that, this aspect annoys me. We are all people, and also with this label, with the ‘Romanians’. The word patriotism is foreign to me but the country, when I enter Romania, I feel something very special in that moment because, I swear, I don’t think that there is another country in this world that seems more beautiful and more soulful to me than Romania.

There are things I would rather not discuss. Not because I’m scared, because at this age one doesn’t have much to be afraid of. Because you no longer represent a potential danger. I can’t help but mention something that stirs my displeasure, as well as something that stirs my immense joy. I am very upset by the Parliament, which is made up entirely of parties that are not doing Romania any good, and what I am most happy about is the fact that, largely thanks to Iohannis, we are well seen by the EU.

On the challenges Europe is facing

Europe is a continent, and it is populated by quite different people. To me, and through my life experience, it does not seem that our formidable conquests in the field of technology, of discoveries – fields which are sought because of the astonishing evolution of science and technology – would come to the aid of man and society. In some aspects, my primitive animal instinct tells me that maybe it’s not good that we are too much in competition with nature and we think that we can go further than nature allows us to. I believe that in fact they [the EU] want the best, but just as in a family where there are several brothers. Not everyone thinks the same, not everyone perceives the same. Sometimes I’m really afraid that it can fall apart. There are quite a few who challenge it and who would like something like Brexit.

[…] What is happening today is not exactly what I would have dreamed, but what I dreamed of was a utopia. I believe that there is always a plus and a minus in this world. These govern the whole universe, the whole cosmos, and then the fact that countries do not understand each other; it is normal that it is so. Of course, there are major differences between states, both in terms of economic standard and in terms of evolution, cultural development.

It is very difficult to say what Romania or Europe will look like, because you do not know which country rises and which falls. They do not go so well together; they understand each other less and less. Don’t you see that more and more people want to leave the EU; they don’t like the EU anymore. That’s exactly what I’m afraid of. We need to be united; we need a European Union. It helps us in everything. America also helps us when it comes to wars.

I don’t believe in God. I do not believe in God as having man’s appearance, as a being, I do not even believe in God as a great builder who would have built the whole cosmos and the whole universe. I blindly believe in the cosmos as in a huge mechanism that has always existed and is always regenerating. It is always revived from its own configuration. Rhythmically, periodically, it revives, it is reborn again and again. This is the circle, the symbol of the cosmos, each planet, a circle, each cell, a circle, with a nucleus in the middle and its constellation, with electrons. This is our sign, and it means that we are infinite. I blindly believe in this, but never in reincarnation and the return to earth, that’s truly nonsense. I think we will be something else in this world, something that I can’t imagine, and no one can. We will be energies that travel through the cosmos. That is our purpose. The great journeys of the substance that governs everything. We are part of the cosmos, and we have the cosmos within us. We cannot disappear, even if we are swallowed by black holes, I am sure we enter from one side and exit another. I think we have a wonderful journey ahead of us. I think we’re going to have marvelous adventures.

On the meaning of freedom

I have never longed for freedom because I am, I think, the freest person in the world. I used to complain about Ceaușescu while waiting in queues: I never disguised what I was doing, but nothing happened to me. But don’t think that I was protected from the troubles of the communist regime. I had two terrible experiences during the regime, but I have always remained a free person. I love freedom more than anything. I can’t even imagine that you can’t be free. […] I’m afraid of technology and the advance that people get out of it when compared to how they naturally are. We have to do this to defend ourselves against coronavirus, but we don’t always succeed as you can see.

On her favourite kind of art

When I was six years old, and I was a very emancipated little girl […] I want to tell you that my favorite composer was Stravinski. I madly loved Stravinski, I even told my parents, and they were amazed because he was the craziest and most modern musician you could have imagined at that time. I explained to them why I liked it. The explanation I gave still amazes me. “I like Stravinski because he has no melody.” Indeed, his music had no melody. There were shrill, scattered sounds, like that. I really like the unusual. I love the unusual. In literature, and everywhere. I always say that the best poem is the one that is not understood. And I honestly believe this.

Her message to the new generations

I love you, you young people very much, but it seems to me that most of them are going the wrong way. They are going the wrong way because they believe too much in technology and in the power of human ingenuity, which is very great, and it was and is proved. But they should not forget what we bear in us and what we will never lose. That is everything we have inherited from the past, which is very important, and unfortunately, they look with contempt and mockery on the place from which they came, on their origins. But there, in that place, there is a huge treasure stored. That is why they should look back to it. 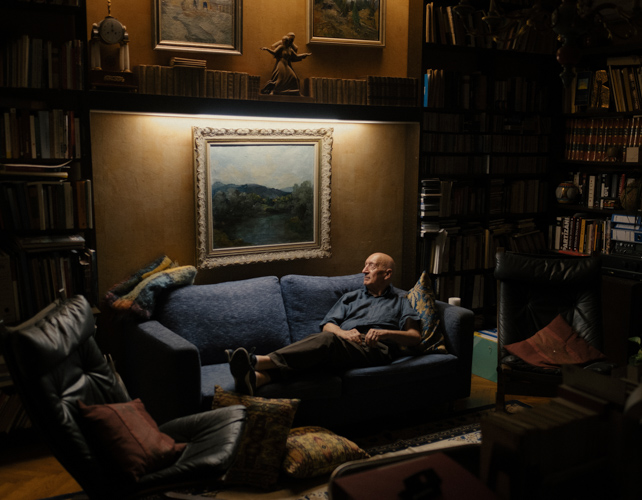 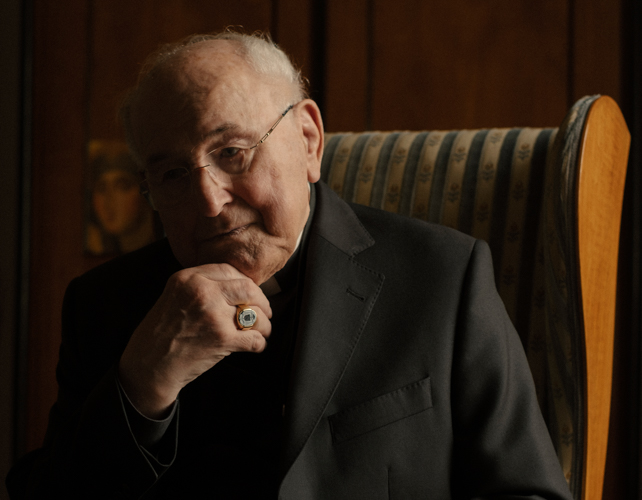