Walter Brandmüller is a German theologian and historian, and has been a prelate of the Catholic Church since 2010. Born in the German city of Ansbach in 1929, his was first baptised a Protestant and later raised as a Catholic. It was then during a seminar of the Catholic youth organisation that lightning struck and he decided to become a priest. After being ordained in 1953, at the beginning of his career he taught modern and medieval Church studies at the University of Augsburg, whilst in parallel being the pastor of the small village of Walleshausen. After being awarded emeritus status – which would usually mark the beginning of retirement – he then left Bavaria for the Vatican to become the Catholic Church’s Chief Historian. Brandmueller subsequently served a the president of the Pontifical Committee for Historical Sciences from 1998 to 2009 in the Vatican, and was bestowed a titular bishopship in 2010 before being admitted to the College of Cardinals by Pope Benedict XVI.

In this conversation with Robert Eberhardt, Cardinal Walter Brandmüller talks about how he experienced the war as an unimaginable catastrophe. Brandmüller, an outspoken conservative critic of Pope Francis, points towards the future role of the church, and touches on the debated topics of migration, borders and his views on the heritage of Christianity throughout Europe.

Walter Brandmüller was interviewed by Robert Eberhardt who studied art history in Heidelberg and Paris. He is a publisher (Wolff Verlag), book dealer and gallerist (Felix Jud in Hamburg).

On his ideal of a Christian Europe

I view what is happening in Strasbourg and Brussels with great skepticism. Because it is evident that these institutions are dominated by forces that are hostile towards the ideal of a Christian, if not Catholic, society. My ideal of Europe concurs with the vision of a “Europe of the Fatherlands” put forward by Charles de Gaulle. A Europe, in which the preservation of individual cultural heritage and identity is the very basis for our unity.

On a non-Christian Europe

Eberhardt: If a non-Christian Europe would no longer be “Europe”, how can somewhere like Saxony-Anhalt be Europe, where only a quarter of the population is a member of the Church?

Brandmüller: It is not as easy as that. But one has to say that the 80%, who do not belong to the Church, live on Christian soil, nourished by centuries of Christian belief and practice.

The Christian mission, which sprang from its origins in Palestine, is European. Yet atheism originated in Europe as well. Remember that the elites of the so called “New World”- even if Asia is not so new -, and of America and Africa studied at European universities. And it was there that they imbibed philosophies that are diametrically opposed to the Christian faith. One should not be surprised that on these bases atheistic, dictatorial regimes have established themselves in the so called “New World”. The roots of these developments lie in European lecture halls. Thus, Europe does not have much to beat its chest over. Certainly not if one considers all the suffering, in ideological, political and societal terms, that is of European origin. Yet these roots do not reach very deep, certainly not further than the second half of the 18th century. The Enlightenment, that is today praised so highly, was basis for all this ill. The French Revolution was not the triumph of freedom, equality and fraternity, but the opposite.

On the diminishing influence of religion

Eberhardt: Why is it that Christianity has lost so much power, so many believers, so many “souls”, as you would say, over the last years?

Brandmüller: I would put it a different way. It is not religion that has lost, but rather the people who have lost their religion. And when you ask me such a question, I invariably must point to the diffuse but powerful spirits, which I regard as the “realm of darkness”. Sin and intellectual fallacy come not from the Creator, but from those who refute him.

On the role of the church

Based on its mission, the Church is in the position to repair the foundations of our society by underscoring the natural law, the moral law, and emphasizing the importance of truth. And finally, by emphasizing, or shall we say by pointing to the world beyond, which is the basis for everything. If these steps are taken, and they would have to be taken by the Church, then the Church would have a future. Also, in this respect, the Church is not at an end. By no means. It will be, to speak in predictive terms, not a Church with a widespread apparatus, but rather one consisting of active cells and hubs, from which the message of the Gospel, which after all is the source of salvation for the world, will spread. 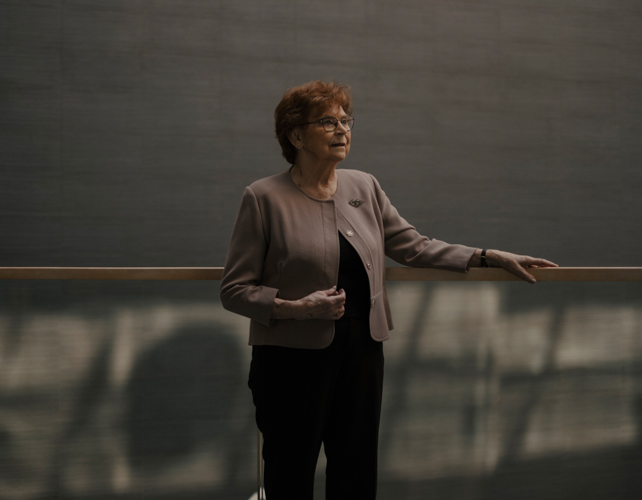