Bodil Nyboe Andersen is a Danish economist who became Denmark’s first female central bank director. She was born on the 9th October 1940, exactly 6 months after the Nazi occupation of Denmark. One of her earliest memories concerns the liberation of Denmark in May 1945, where the feeling of community made a lasting impression on the young Andersen. In 1947, the family moved to the U.S. for one year, an experience which Andersen describes as “quite overwhelming” in terms of the material wealth in the American society compared to that of Europe.

Following their return, Andersen grew up at the folk high school “Krogerup”, where her parents were among the founders. The school, along with its headmaster the famous Danish theologian Hal Koch, had a profound impact on her personal outlook on the world, culture and politics. Andersen studied economics in Copenhagen, and then taught at the University of Copenhagen’s Department of Economics, where she experienced the events of 1968 which radically altered both university and society. In those years her father, the liberal politician and minister Poul Nyboe Andersen, negotiated Denmark’s accession to the European Communities in 1972.

In 1981 Andersen accepted the opportunity to join Andelsbanken, Denmark’s second largest private bank, where she became the director in 1990.

In 1995, she moved to the board of Directors of Denmark’s central bank, and in 1995 became its governor, a position she held until 2005. At the central bank, one of her successes was to help mitigate the implications of the political decision not to join the EU’s Economic and Monetary Union (EMU), whereby Denmark was suddenly left at the periphery of monetary decisions.

In her conversation with Hans Erik Havsteen she talks about how her own cultural experiences were formed by being a ticket vendor at the newly founded Louisiana Museum of Modern Art, her disappointment of Denmark not joining the Euro, and how she has come to respect and admire Germany where her son and grandchildren live.

Emotionally, [the liberation of Denmark] never really sunk in until later, probably later in May (1945) where I remember visiting a confectioner’s shop with my mom and my aunt. At the time, it was quite posh to be in a confectioner’s shop drinking coffee substitutes, which I presume the adults were drinking, and eating cakes. And as we were sitting there, someone stood up and started singing the Danish liberation song ‘En lærke letted og tusind fulgte’ (literally ‘A Lark Took Off and A Thousand Followed’ ed.) and all the guests joined in. It was this feeling of community, of a forward-looking, hopeful community that was one of my first real emotional experiences that had formed because something important had transpired and I will never forget it. I can still picture the scene these many years later.

Havsteen: […] Europe is not just one big, idyllic collaboration. There are many drawbacks associated with the European co-operation. What are the biggest drawbacks in your view?

Andersen: That it’s somehow seen as a foregone conclusion these days – and a common theme in national politics as well – that Europe is to be blame for all the things you might find a slight bit unpleasant to institute, but then you don’t give the EU credit when Europe works together on certain issues. It is as if – and we saw a clear example of this with Brexit – all the things you find difficult to manage are Europe’s fault, and the way I see it, EU co-operation has become a scapegoat – undeservedly so, in my view.

On the Danish Church and democracy

I’ve always been a member of the Danish State Church and I’ve stuck with it. I’m probably quite an average Danish church member that goes to church every once in a while, without being a churchgoer per se. I feel that’s where I belong. I also vote in the local church council elections. But that probably comes from a more democratic mindset in the sense that if you’re given a voting card, you HAVE to vote. No matter what.

On being an outsider to the Eurozone

[The time after Denmark’s decision not to join the EU’s Economic and Monetary Union (EMU)] was a period where we had to get used to progressively less contact with Europe. In the beginning, after the euro had been introduced, we knew people we could refer to, and we had people that took part of the preparatory committees. But obviously, for the managers and the employees, it meant that one of the important sources of information, namely the meetings at the European Central Bank, vanished more or less overnight. And it’s obvious that we then had to think and inform ourselves in a different fashion. But in a way, we found ourselves in smooth waters. So, it didn’t matter so much. But it was certainly a change in the working conditions. In that way, it was, well, you can’t call it annoying, but those were the terms. I made no secret of my view of things, but at the same time, I never made it a secret that if we didn’t become a member, then we would have to have this shadow arrangement. Which we eventually got, so I technically had a reason – or the Central Bank had – to be pleased with it. 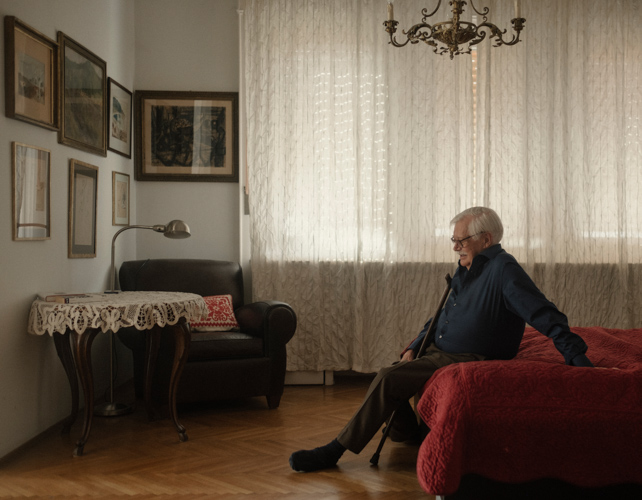 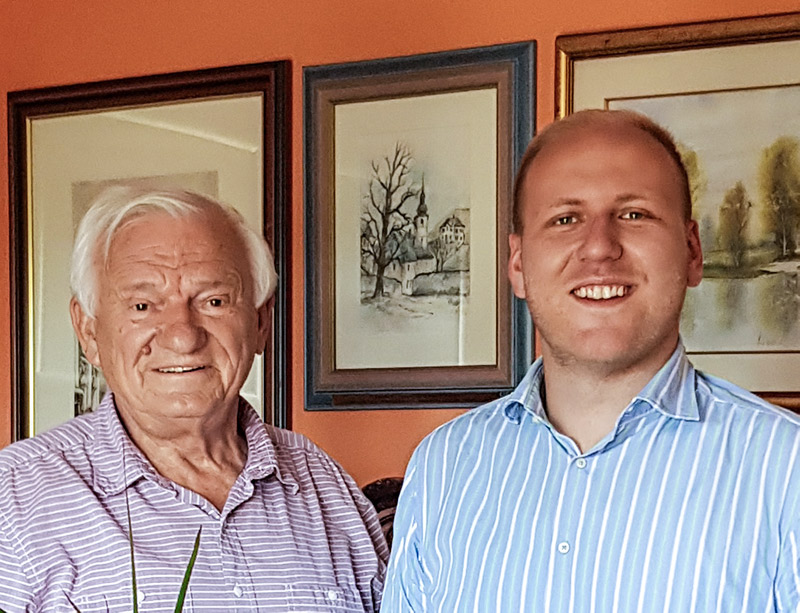