Karin Krog was born in Oslo, Norway in 1937. She is a singer of modern jazz and known as “the original European voice of jazz singing”. Being married and having two children at the age of 23, Krog sometimes performed in jam sessions in Oslo. There she attracted the attention of the pianist Kjell Karlsen, who hired her to play in his sextet. In 1962 she started her first band and became a student of the Norwegian-American singer Anne Brown, still thinking she could never make a living out of singing. But with her first solo album in 1964 her career began to develop rapidly. She collaborated with many different musicians and played on numerous jazz festivals all over Europe. Krog emphasizes the importance of the cultural (and musical) exchange among the European countries, which is why she voted for Norway to join the EU in the two referendums.

In our interview, Krog talks about her love of Europe, as well as her love of modern jazz music, including the initial confusion at the 1966 jazz festivals in Prague and Warsaw when her jazz trio announced they only consisted of a tenor sax, bass, singer but no piano player.

Sørheim: Were you afraid [when the Germans bombed Oslo]?

Krog: No, not really. But there was a big explosion right next to where I lived, and I was very lucky, because it’s easy for me to fall asleep, and I sleep very deeply, so I just slept through that explosion. I was told about it afterwards. But I remember that sinking feeling when I had to quickly put on some clothes to go down to the cold, damp basement. And there were quite a lot of German officers that lived in one of the big houses next to us. We were often given sweets by them, and that was great fun because of course we didn’t have those during the war. That I remember well. And later at the end of the war one of these houses was made into a hospital, and then there were a lot of young injured soldiers that were sent there.

Krog: Yes, and we stood there beneath their windows and they would throw down candy and things to us and we felt sorry for them because they were hurt.

Sørheim: So you didn’t think ‘they deserve it because they invaded our country’.

Krog: No, we felt bad for them because some of them had lost an arm and things like that. They threw down cigarettes to us as well. I think I was seven at the time. So that was my first cigarette.

On voting to join the EU

Krog: I have to say that I think cultural – and musical – exchange between all the European countries is very important. And you can criticize the EU as much as you like, but that was the reason why I voted for the EU in Norway, something you weren’t supposed to do. You got the most scornful looks! I volunteered for a TV broadcast for ‘Yes to the EU’, you know, that Arbeiderpartiet [the labour party] and Høyre [the conservatives] wanted to join, and in 1990 I actually was at a sort of government dinner, where they hoped we would vote for – or at least negotiate – an agreement with the EU. And I voted to join in 1974, and after that I never got a gig with the Student Societies in Norway again.

Krog: Yes, that was quite extreme! They knew that I had voted for the EU and then they didn’t want to hire me. But the reason I voted yes was that I thought that after the Second World War it was important that Europeans talked with each other. I was so naive! I thought it was important that countries could help each other. The other time we voted we luckily got an agreement. Before that, when you travelled to Europe to go on tour, you had to have a carnet for all the small electronic things you were bringing along with you. You had to fill out a form for every little thing at the Norwegian Chamber of Commerce, and then you had to bring the form along to all the customs posts, and if the customs officer wasn’t well-read and able to understand it, you had to wait until the next one came for his shift. Yes, so for Norway’s musicians, it was good we got that sorted out, in ’94, then it got easier.

Krog: When I meet my old schoolmates, we start to think: How actually were things for us after 1945 and during the 1950s? Then we realise that we didn’t have anything! If you wanted a skirt, you had to sew it yourself. Fortunately, my mother was trained in sewing, so she was very good at it and we always had homemade clothes. Up until the start of the 1950s. That’s when we saw the Swedish girls, wearing Swedish off-the-rack outfits, and they were so sophisticated and elegant whilst our outfits were so [clearly] homemade!

Sørheim: Was there such a big difference between Norway and Sweden?

Krog: Sure, are you crazy? They had off-the-rack manufacturers, and if you wanted to have something, you went there – they even had dollars. They could import vinyl, jazz music. So we young people, when there was something new from the US, when Dizzy Gillespie or Erroll Garner put out a new album, we would then drive to Arvika and buy vinyl there.

On becoming a musician

Sørheim: When did you realize that you can be a musician, that it doesn’t just have to be a hobby?

Krog: That was probably in the beginning of the 1960s, when I made my first album and it was well received in America, in Downbeat.

Krog: Yes, three and a half stars in Downbeat gave you a good reputation. So then we were invited to Sweden with some other musicians that made very modern music. So that was nice, also because you got to see other things. And then Jan Garbarek and I were invited to festivals in Prague and Warsaw in ’66, so we went, he and I, and a Swedish bass player I worked with; it was just a tenor sax, a bass and a singer. And that they didn’t understand. “But we have a piano player right here”, they said, but I said, “No, it’s just us!”. That was something new. 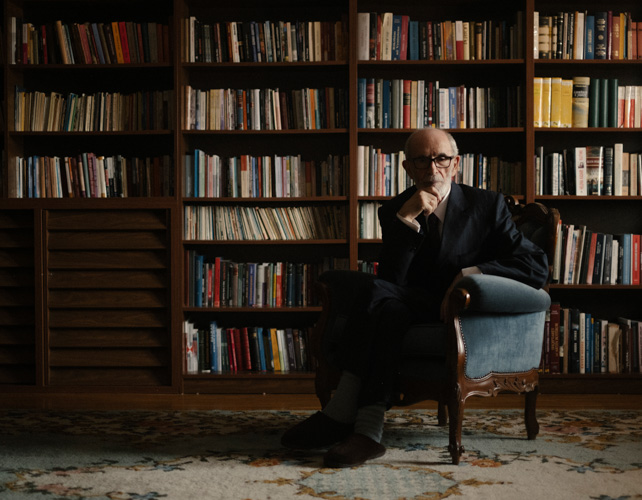